This mandatory Acting Technique class is an opportunity for Company/Broadway students to come together, working on skills applicable to both season's titles. Students broaden their abilities and are more prepared to meet future challenges on top of present ones. Students in this class learn technique through mimicry and demonstration. They begin to understand how their body can affect their projection and stage presence. Each new skill propels the performer and their production forward.

Elementary elements of diction and enunciation are introduced as we help performers lose modern and regional accents. Their bodies and faces will become more expressive. They will also explore their current comfort zone with playing villains, comedic characters and characters that are emotionally similar to themselves.

Your child will learn elementary elements of: 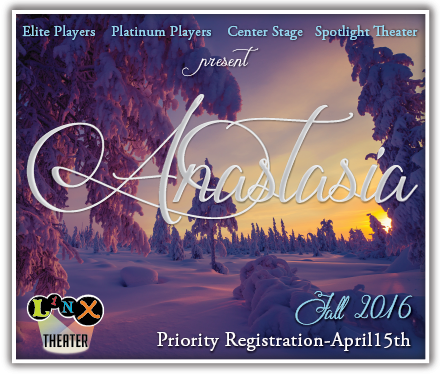